Ramadan 2012: A HuffPost Community Observation Of The Islamic Month Of Fasting (LIVEBLOG)

Ramadan 2012: A HuffPost Community Observation Of The Islamic Month Of Fasting (LIVEBLOG).

HuffPost Religion community member Hussein Rashid is tweeting the Qur'an during Ramadan using the hashtag #ttQuran. This beautiful verse about the Virgin Mary shows some of the commonality between Christianity and Islam. You can follow Hussein on Twitter at @Islamoyankee

Posted at 10:13 AM in Media Appearances | Permalink

I won't be there in person, but expect to be Skyping in and submitting pre-recorded comments.
People of the [Comic] Book at Isabella Freedman Jewish Retreat Center (800) 398-2630.

WHAM! BAM! DISHOOM! MUSLIMS AND AMERICANESS IN GRAPHIC NOVELS Hussein will trace the religious imagery embedded in American graphic novels and how this coded language served to normalize religious minorities in American consciousness. There will be a discussion of vectors of Muslim involvement in graphic novels and how they are building on these traditions to integrate into American society. 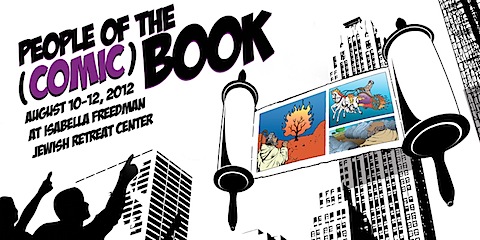 - Stand up Comedy by Preacher Moss

- A Conversation with novelist Willow Wilson and Wajahat Ali

- An original song by Shahed Amanullah (yes, we're not kidding)

- "Ask a Muslim Dude" panel featuring contributors from the anthology "All-American: 45 Men on Being Muslim"

Book signings after the performance! 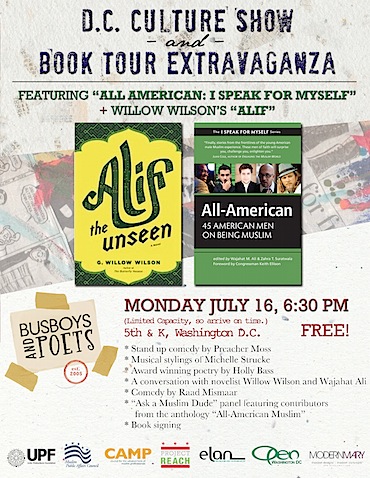